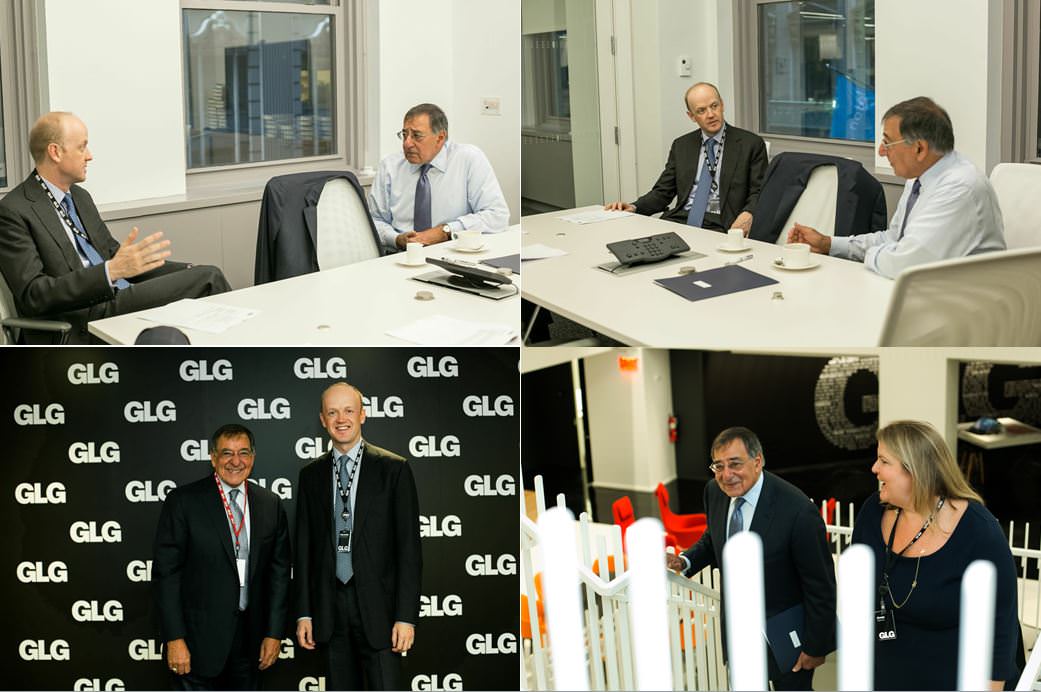 Former Secretary of Defense Leon Panetta visited GLG’s headquarters in New York this morning to discuss international political, economic, and strategic challenges with a small group of GLG clients. Panetta offered the unique perspective gained over 35 years of public service in Washington. He left the Obama Administration in February 2013 after serving as Secretary of Defense and Director of the Central Intelligence Agency. During President Bill Clinton’s first term, Panetta served as White House Chief of Staff and Director of the Office of Management and Budget. He previously represented California in the U.S. House of Representatives for 16 years and for four years chaired the powerful House Budget Committee.

GLG hosted Panetta in its new global headquarters in Midtown Manhattan. The office is a hub of thought leadership and education, convening roundtables, conversations, and other gatherings for GLG clients and its membership of 400,000 leading professionals. GLG hosts thousands of meetings in New York City and around the world each year.